A study of forest soils to reduce CO2 emissions in Tanzania

FAO is currently conducting a study of forest soils in Tanzania to determine the amount of emissions of carbon dioxide (CO2) released by them and to contribute to reducing emissions of greenhouse gases in the country.

The United Nations for Food and Agriculture Organization (FAO) is helping Tanzania to determine how much carbon dioxide (CO2) is stored in forests and forest soils to reduce greenhouse gas emissions contributing to global warming.

More than a third of Tanzania is made up of forests, but almost 1% of the country’s forests disappear every year, according to a press release from the UN agency.

Deforestation, forest degradation, or changes made in forest management practices are responsible for the disappearances of forests and can reject carbon dioxide in the atmosphere, contributing to climate change.

It is estimated that deforestation and forest degradation in developing countries represent almost 20% of global emissions of carbon dioxide (CO2). 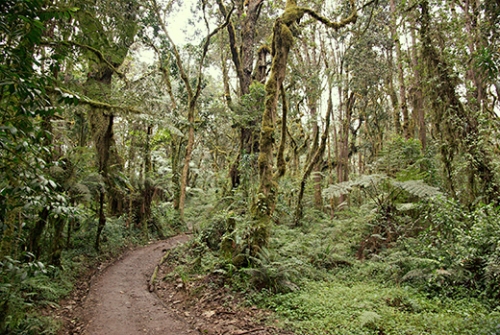 « The census of soils in the forests, the first of its kind in Tanzania, was designed to provide an estimate of reserves of CO2 in soils in the country, » said Anssi Pekkarinen, FAO.

« This study will also help experts to develop a methodology to assess changes in stocks of CO2, » he added.

« The project will enable governments to make informed decisions that will result in an increase rather than decrease in inventories of carbon dioxide. »

The soil survey commissioned by the FAO in Tanzania involves sixteen teams in the field working for two years and compiling data on over 3400 sites. Soil samples are taken from one quarter of these sites and are then analyzed in a local laboratory.

UN urges countries to act as part of their initiative on Reducing Emissions from Deforestation and Forest Degradation (REDD), an effort to create financial value for the carbon dioxide stored in forests.

REDD offers financial incentives to developing countries to reduce emissions from forests and invest in a low-carbon model of sustainable development.

The soil survey in Tanzania was presented to the UN Conference on Climate Change which is taking place in Bonn, Germany.