As an organization actively engaged in reforestation and agroforestry, Livelihoods Venture is proud to sign the Trees4Climate Manifesto (www.trees4climate.org) asking governments present at the 21st meeting of the Conference of Parties of the U.N. Framework Convention on Climate Change (COP21) to consider trees and forests as a solution for climate change.

Livelihoods Venture advises the Livelihoods Carbon Fund and the Livelihoods Fund for Family Farming, two investment funds created by a group of reputable companies from Europe and the United States whose mission is to improve the livelihoods of rural farming communities via large-scale ecosystem restoration, eco-friendly cookstoves, agroforestry and sustainable agriculture projects. 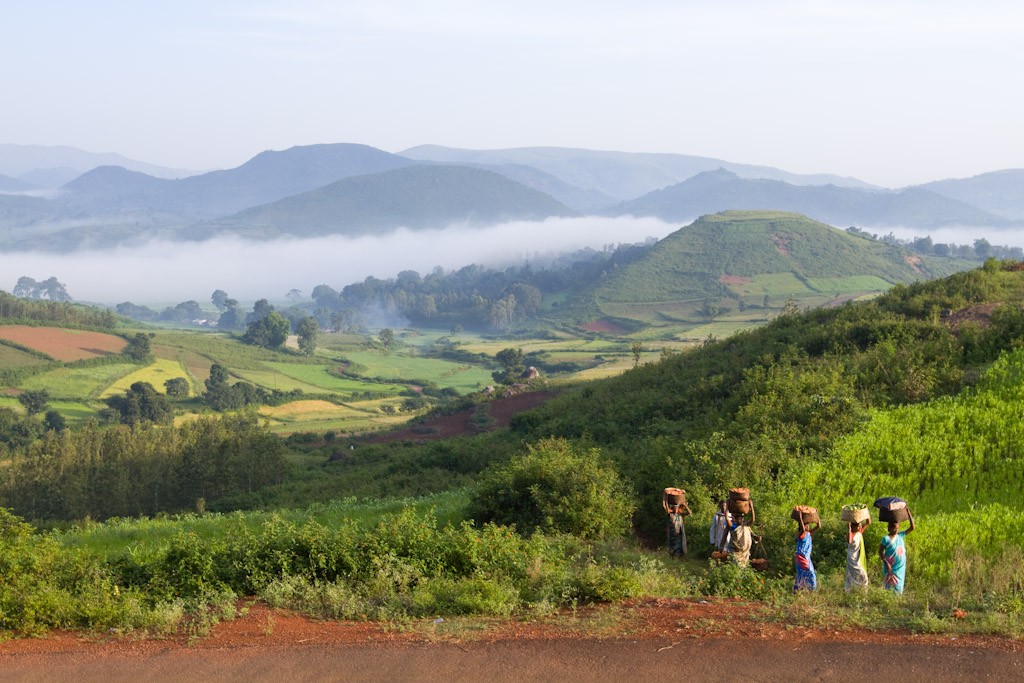 Why the Trees4Climate Manifesto now?

The next U.N. Climate Change Conference gets underway November 30 in Paris, France. Governments of 196 nations will gather to discuss a new global agreement on climate change, aimed at reducing global greenhouse gas emissions to mitigate the threat of dangerous climate change.

Current commitments on greenhouse gas emissions run out in 2020, so governments are expected to produce an agreement on what happens beyond that date.
Livelihoods Venture has signed the Trees4Climate Manifesto because it recognizes the intrinsic link between forests, carbon, biodiversity and livelihoods.

How do trees mitigate climate change?

Forests play a huge role in the carbon cycle on our planet. When forests are cut down, not only does carbon absorption cease, but also the carbon stored in the trees is released into the atmosphere as CO2 if the wood is burned or even if it is left to rot after the deforestation process.

Deforestation is an important factor in global climate change. Climate change is because of a buildup of carbon dioxide in out atmosphere and if we carry on cutting down the main tool we have to diminish this CO2 build up, we can expect the climate of our planet to change dramatically over the next decades. It is estimated that more than 1.5 billion tons of carbon dioxide are released to the atmosphere due to deforestation, mainly the cutting and burning of forests, every year.

Over 30 million acres of forests and woodlands are lost every year due to deforestation; causing a massive loss of income to poor people living in remote areas who depend on the forest to survive.

What actions is Livelihoods taking to promote reforestation?

Livelihoods Venture recognizes the intrinsic link between poverty and climate change and provides a unique solution because all the projects in the portfolio of its two funds play a dual and simultaneous role in 1/ Reducing carbon emissions and generating carbon credits 2/ Reducing poverty and aiding the development of poor rural communities in Africa, Asia, and Latin America.

The Livelihoods Carbon Fund, created in 2011, in which 10 companies have invested €40M, has planted more than 130 million trees over 30,000 hectares. This will generate 8 million tons of carbon credits over 20 years.

1. Trees are one of the most powerful tools we have to address global warming both for mitigation and adaptation.
2. Trees are essential to human life and we have no substitutes for them.
3.  We need to stop cutting our trees and accelerate reforestation.
4. On the path to COP21 we urge all participating parties to take action to put the trees and forests back where they belong.
1

We believe trees are one of the most powerful tools we have to address global warming both for mitigation and adaptation.

400 ppm is today’s CO2 concentration in our atmosphere and it continues to rise at between 1 and 2 ppm per year. Close to 20% of all carbon emissions result from deforestation and forest degradation, yet we are still cutting down our trees: as much as 82,000 km2 of forest are still being clear-cut every year, a surface larger than Belgium, Luxemburg and the Netherlands together.
2

Trees are essential to human life and we have no substitutes for them.

Trees are essential to human life: the products and services they provide are unequalled for climate, air, water, cloud nucleation, soil, food, medicine, shelter, etc… We have no substitutes for them.
Planting trees creates value, boosting biodiversity, productivity and resilience, whilst also creating jobs that lift entire communities out of poverty for a better life, making them stewards of their forests. When reforestation is planned and performed adequately, the benefits of trees far outweigh the cost of planting and maintaining them.
3

We need to stop cutting our trees and accelerate reforestation.

The Bonn Challenge in Sept 2011 announced the ambition to restore 150 million ha of forest by 2020. 4 years later, halfway through the pledge, merely 39% are committed and very little actually planted. The Sept 2014 New York Declaration announced an even more ambitious target to stop deforestation and restore 350 million ha of deforested and degraded forest landscapes by 2030 (10% of the planet’s degraded soil), which includes the 150 million ha from the earlier Bonn Challenge pledge.
4

On the path to COP21 we urge all participating parties to take action to put the trees and forests back where they belong.

Afforestation and reforestation initiatives across the world are currently restoring ca 5 million hectares per year , around half of what is being destroyed. We can, and must, do more to accelerate forest restoration and stop deforestation. Pledges however won’t get us there. We need ambitious plans backed with political commitment and earmarked funding, legally binding policies and effective enforcement of these policies, public awareness campaigns and economic incentives with results-based payments to stop deforestation by 2030 and fulfill the commitments pledged in September 2014. On the path to COP21 we urge the French government, all participating countries, parties and corporations to take action to put the trees and forests back where they belong.
Co-authors: Kinomé, Livelihoods Venture, Pur Projet, WeForest. June 2015