After Durban: Which carbon markets for what development?

Following the spectacular failure at Copenhagen and the stalemate at Cancun, catastrophe was narrowly avoided at the Durban climate conference when negotiators from 190 states managed with great difficulty – and at the last minute – to settle on an agreement. Its content was immediately subjected to criticism: it contains no quantified commitment nor constraints, and its schedule will lead the planet towards a temperature increase well above 2°C, with well-known consequences for the most exposed and at-risk populations.

Despite its obvious limitations, it would be wrong to dismiss the agreement reached at Durban. For the first time, and after fierce discussions, all the states accepted the European proposal supported by the developing countries: extend the Kyoto Protocol, currently the only restrictive agreement for reducing greenhouse gas emissions, which was to come due at the end of 2012. Of course, negotiations on the goals and form of this “Kyoto 2” will be lengthy. However, it must be noted that for the first time a trend can be seen: a joining-together of states to commit to reducing emissions, reaching beyond the physical divides and divergent interests separating poor and rich countries, and old and new economic powers. It is useful to acknowledge the clear and coherent attitude of the European Union even in these difficult times for Europe, and with public opinion so focused on debt and unemployment issues.

Another positive outcome from Durban was the decision to extend what are known as “Clean Development Mechanisms” (CDMs) which allow private companies or government authorities to finance projects in developing countries. In return they gain carbon credits which allow them to offset their own emissions. CDMs allow for the creation of economic value-generation flows benefiting developing economies while also contributing to slowing global warming. Today, the issue is two-fold: make sure CDMs provide more benefit to less developed countries than previously, and open CDMs up to projects with a big impact on poverty.

One and a half billion people suffer from medium to severe malnutrition, with two thirds of them being poor fishermen, farmers or people living rurally. These rural communities are largely dependent on natural resources and are directly affected by their deterioration: deforestation, soil erosion, destruction of coastal mangroves or depletion of water resources. All these have a direct impact on food supply security and on the income of these communities. Conversely, numerous examples show that small family farms can quickly increase their production through agroforestry – an intelligent integration of forest cover, crops and farming which preserves soil fertility. These “ecologically intensive” models illustrate the direct link between climate change and the fight against poverty. Carbon, like water, is at the centre of life cycles: carbon stored in the ground and in plants helps slow climate change and increase the productivity of these small farms. In tomorrow’s world, these farmers could greatly contribute to feeding the 9 billion humans living on Earth in 2050, instead of leaving the land in droves and increasing the misery and poverty in major cities. 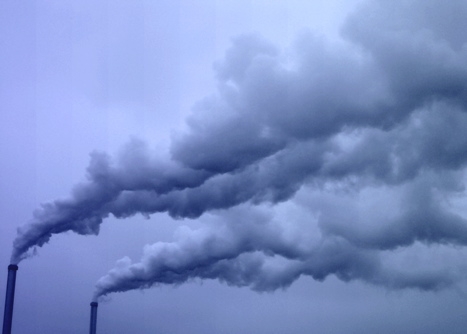 In Durban, the impressive number of positive initiatives which were presented is a sign that strong expectations and solutions do exist. And yet, these approaches are barely taken into account by the CDMs, as they are too exclusively focused on large energy projects and not enough on agriculture or forestry. Opening up the EU carbon credit ETS (Emission Trading

Scheme) to these projects is a matter of urgency, as much for the climate as for supporting a truly “sustainable” form of development.

Carbon markets, which have been in place for a few years now across Europe, and which are being tested in other parts of the world such as California, New Zealand and soon China, are an interesting solution despite the weaknesses inherent in young markets which are not yet sufficiently structured and regulated. By limiting emissions from the more polluting industries, and requiring them to either reduce their emissions or finance “clean” projects to buy carbon credits, public authorities have created a compensating mechanism largely financed by the private sector. In the last few years, the financial flow set in motion by CDMs reached between $5 billion and $8 billion per year, as well as generating investments ten times larger. It is unrealistic to think that government funds alone could fix the problem in an economic climate where government spending is becoming more and more restricted. The choice is not simply just between reduction and compensation: businesses and community groups, and individuals like us, must reduce emissions by completely overhauling our methods of production and consumption. At the same time, we must support solutions which help less developed countries which therefore have the smallest emissions.

After Durban, it is not yet the end of the road. The path is still open, but for how much longer? The responsibility lying on the shoulders of both public and private players has never before had such importance in determining the world we leave to future generations.