Can ‘Climate-Smart’ Agriculture Help Both Africa and the Planet? 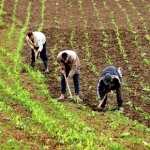 One idea promoted at the Durban talks was “climate-smart agriculture,” which could make crops less vulnerable to heat and drought and turn depleted soils into carbon sinks. The World Bank and African leaders are backing this new approach, but some critics are skeptical that it will benefit small-scale African farmers.

Fred Pearce is a freelance author and journalist based in the UK. He is environment consultant for New Scientist magazine and author of numerous books, includingEarth Then and Now: Potent Visual Evidence of Our Changing World, and The Climate Files: The Battle for the Truth About Global Warming.

The glacial pace of international efforts to curb climate change continued at the UN climate talks in Durban, South Africa last week. Governments concluded that by 2015 they should agree on legally binding targets for greenhouse gas emissions that involve all major nations — including China, India and the United States. But they also agreed that those targets would probably not come into force until 2020.

The climate isn’t waiting for the diplomats. Most experts agree that by 2020 it will likely be too late to halt dangerous warming above two degrees Celsius. So the race is now on to find new, unconventional initiatives to fill the gap. One possibility that came to the fore in Durban is fixing some of that carbon dioxide in the soils of Africa. And that is why the continent’s political leaders met in Durban to launch an initiative known, somewhat cryptically, as “climate-smart” agriculture.

The new buzz phrase went down well. Host president Jacob Zuma extolled it. Kofi Annan, the Ghanaian former UN secretary-general, praised it as a panacea to Africa’s problems. “Till now agriculture has been sidelined from Soils worldwide could capture as much as a billion tons of carbon annually. climate change discussions,” he said. “But Africa has a huge potential to mitigate climate change.” Beside him sat the Ethiopian Prime Minister Meles Zenawi, the chair of the African Union Commission. They were all on hand as the World Bank announced plans to turn climate-smart agriculture into the next big thing for the world market in carbon offsets.

So what exactly is climate-smart agriculture? It sounds as if it might involve making agriculture resilient to climate change, by making soils and crops less vulnerable to droughts and heat waves. And that is part of the plan. But only part. The real prize — the one that can lure private finance — is the potential for carbon offsetting. If farm soils can be used to soak up carbon dioxide from the atmosphere, then they can generate carbon credits that can be sold to industrial polluters who want to offset their emissions.

The offer from the world of carbon finance to poor farmers in Africa and elsewhere is this: Let us use your soils to capture carbon from the atmosphere, and we will, in return, make those soils more productive and less vulnerable to the climate.

This is a big deal. Nurturing the organic matter in soils on the world’s farms has as much potential to absorb carbon dioxide emissions from industrialized countries as the much better-known plans to fund forest conservation, such as REDD. Rattan Lal of the Ohio Agricultural Research and Development Center at Ohio State University suggests soils worldwide could capture as much as a billion tons of carbon a year — more than a tenth of man-made emissions.

Africa is the big prize. Its farmers are more vulnerable than any others to climate change. Some estimates suggest a hotter, more dire world could cut African farm yields by as much as 20 percent by mid-century. Without an Currently, African soils are leaking carbon as they lose organic matter due to bad farming practices. African green revolution, that would spell disaster for a continent with a population that is expected to double to two billion people.

But the continent’s huge land area — greater than the U.S., China, India, Mexico and Japan combined — also holds huge potential as a planetary carbon sink that, many believe, could create the necessary green revolution.

Currently, African soils are leaking carbon as they erode and lose organic matter due to bad farming practices. An estimated 43 percent of Africa’s greenhouse gas emissions come from land clearance, including farming. But the same soils could be turned from a carbon source to a carbon sink, absorbing many tens of millions of tons of carbon a year, according to the UN Food and Agriculture Organization (FAO). 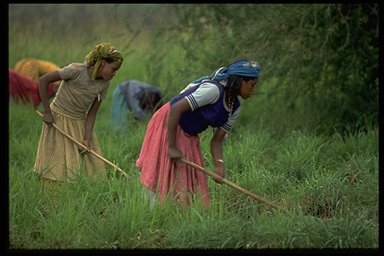 If an agricultural carbon offset program were in place, carbon dollars from Western companies could pay for composting, mulching, recycling crop waste, planting farm trees, and much else on the world’s poorest farms. Those improved soils, richer in organic matter, would grow more crops, help soils withstand droughts and floods, and — vital to earning those carbon dollars — capture carbon from the atmosphere.

The World Bank is keen to mastermind a global effort to fix carbon in African soils. It brought agriculture ministers from across the continent to Johannesburg in September to promote the idea and continued to push it in Durban.

For the past year, the bank’s BioCarbon Fund, which sets up demonstration carbon-capturing projects in both forests and farms, has been running the first pilot African soil project among smallholder farmers near Kisumu in western Kenya. The bank’s climate envoy Andrew Steer said in Durban that the maize and bean farmers “are getting higher yields, improving the resilience of the soils to drought and getting stronger soils that sequester more carbon.”

If all goes according to plan, the Kenya Agricultural Carbon Project, which covers 40,000 hectares of farmland in a densely population region of the One critic fears soil carbon offsets will put African farmers ‘under the control of fickle carbon markets.’ country, should capture 60,000 tons of carbon dioxide a year. It could also increase annual farm incomes by $200 to $400 per hectare.

That’s the plan. Will it work? The Stockholm Environment Institute, a think tank that looks at both climate and development issues, is supportive. The institute’s Olivia Taghioff, who has studied the Kenyan scheme, says, “Carbon finance even in modest amounts can make a big difference for smallholders.”

But there are concerns. In Durban, Annan warned: “These efforts must have at their heart smallholder farmers. Without their participation we will fail.” And many critics fear that climate-smart agriculture is in reality a Trojan horse for marginalizing smallholder farmers. They believe the arrival of carbon markets, brokers and traders in the fields of Africa can do nothing but harm.

“Soil carbon offsets will promote a spate of African land grabs and put farmers under the control of fickle carbon markets,” said Teresa Anderson of the UK-based Gaia Foundation, an NGO that promotes indigenous farming, speaking in Durban. “The [World] Bank’s agenda is more money for the bank and for carbon project developers, not development,” said Doreen Stabinsky of the Minneapolis-based Institute for Agriculture and Trade Policy.

The high costs of employing scientists, consultants, and field surveyors to assess and monitor the carbon uptake of farm soils will make it impossible for smallholder farmers to pocket any income from the sale of the carbon absorbed by their soils, these critics maintain. Only large landowners will be able to reduce these transactions costs sufficiently to profit from the carbon markets, they say, and the result will be a new phase of land grabbing. “Soil grabbing,” some are calling it.

Across Africa, governments are already leasing wide areas of land traditionally used by smallholder farmers to foreign companies for industrial agriculture or for planting trees as carbon sinks in order to gain carbon credits. The fear is that the process will accelerate if the soil itself becomes a carbon commodity. 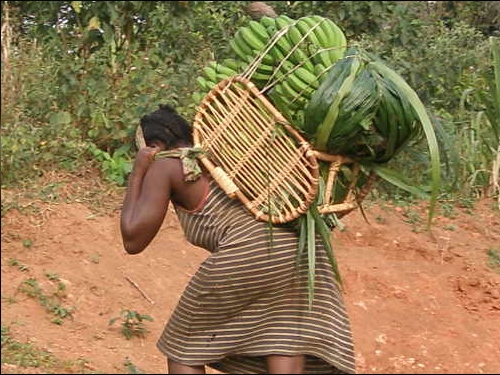 There is another reason why peasant farmers may lose out. Early evidence gathered by the World Bank in Kenya suggests that the cultivation of commercial crops of the kind that large agribusinesses specialize in have a much greater potential to soak up carbon than smallholder subsistence crops.

Data presented last year at the FAO in Rome by Rama Reddy of the World Bank’s carbon finance unit show that the carbon-capture potential for a hectare of smallholder maize in Kenya is around half a ton of carbon dioxide per year, whereas the potential for commercial biofuels is between 2.5 and 5 tons, and for a sugar cane plantation up to 8 tons per hectare.

The dream of enthusiasts for climate-smart agriculture is that investors will one day invest billions of dollars in the fields of Africa in order to purchase the resulting credits from capturing carbon, while at the same time improving the continent’s soils. In truth, any credible solution to climate change will probably involve finding ways to get the landscape to absorb more carbon, whether in trees or soils, probably financed from carbon markets. Can it be done in a way that helps smallholder farmers? Or will it drive them off their land? That remains far from clear.

About the author : Fred Pearce