Burkina Faso is a poor landlocked country with limited natural resources. Deforestation is particularly severe in the country’s arid north, which receives little rainfall and is menaced by desertification. With 80% of domestic energy needs in the country fueled by firewood, Burkina Faso’s deforestation rate is alarmingly high, clocking in at 17.5% between 1992-2002. In addition, desertification and degraded land constrain villagers to clear forests or let their cattle graze freely to be able to feed their families and earn a living

To counter this trend, the Livelihoods Fund is supporting an efficient cookstoves and sustainable agricultural practices project. The project has two goals: firstly, to reduce wood consumption and hence decrease deforestation, and secondly to restore degraded land with agroforestry techniques which increase yields and resilience to droughts. The project, which will impact 150,000 people, will be supported by the Livelihoods fund over a period of 10 years. It is co-financed by the French Development Agency (AFD) and implemented on the ground by the local NGO tiipaalga, with the help of SOS Sahel, an NGO operating in the Sahel region, and the CIRAD, an international research center.

With the local NGO tiipaalga, Livelihoods Fund is equipping 30,000 households with improved stoves. These stoves are made from “Banco” which comes from inexpensive locally-sourced ingredients: manure, straw, water, and clay (or termite ground termite mound). The stoves will reduce wood consumption by up to 60% compared to the traditional 3-stone Burkinabe stoves, which will help minimize deforestation and bring benefits to the local women (i.e. less time spent collecting firewood, reduced health risks thanks to less smoke exposure, etc.).

The Livelihoods-Tiipaalga project will cover 9 communes and 222 villages in the provinces of Bam and Loroum in the country’s north. The €1.7 million project, started in 2014, will be carried out over 10 years. It will generate 689,000 tons of carbon credits and save 40,000 tons of wood at its completion!
What sets this project apart from Livelihoods’ other clean cookstove project (in Kenya) is that there are no costs spent on the production or delivery of stoves, as they will be made by the local women themselves. The costs of this project thus go entirely towards teaching local women how to manufacture their own eco-friendly household cookstoves. The project will be supported by an extensive network of more than 2,000 women leaders in the villages who oversee the training sessions. Following the training sessions, a permanent contact is maintained in each village after the initial mobilization period.

Since the beginning of 2016, with the support of AFD, the Livelihoods project offers training to farmers in 30 villages to move to sustainable practices. These simple, affordable and efficient practices aim at restoring land degraded by droughts, overgrazing and erosion. Practices include: stone rows, zaï, human-assisted natural regeneration practices. A “warrantage” system is also being implemented with support from SOS Sahel to make farmers less vulnerable to market fluctuations and seasonality. Learn more.

Also, a community garden is being implemented in each of the 30 villages involved in the project. These community gardens are managed by women, who receive a small plot, seeds, access to water and equipment. They contribute to increase food security for families and improve their revenues with a new activity.

In addition to having a real impact on women’s health by reducing their exposure to noxious smokes and improving their daily lives, the project generates social benefits for them. By putting women at the center of the project with a true transfer of know-how, it contributes to the the improvement of local women’s position in the villages. It is expected that after a few years, the women will become sufficiently good at the “banco” technique that they will not need assistance to repair their stoves or build new ones.
Additionally, with the support of tiipaalga, this project will also promote the local economies in the villages by launching a self-administered microcredit fund (to enable 2,000 women leaders to launch additional revenue-generating activities like sheep fattening).
Lastly, this project will help increase food diversification through sustainable farming practices. In a region where malnutrition impacts 20% of population according to UNICEF, trees are an important source of food (fruits, nuts, honey, etc.) and offer a source of complementary revenues as well as fodder for cattle.

This project is registered by Gold Standard. 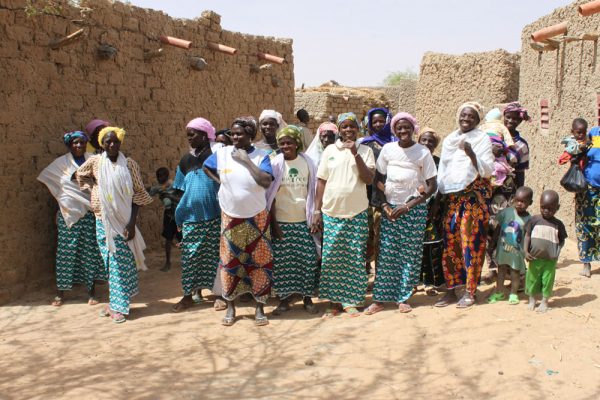 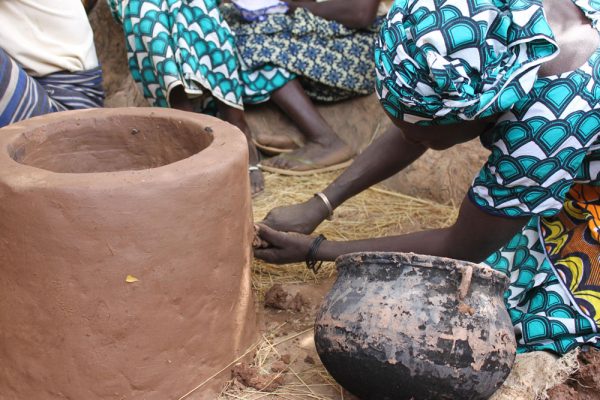 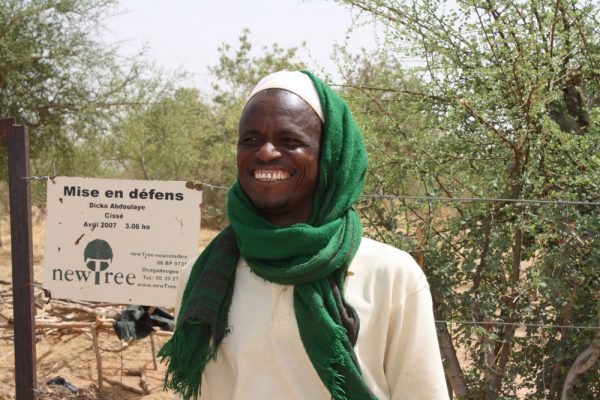 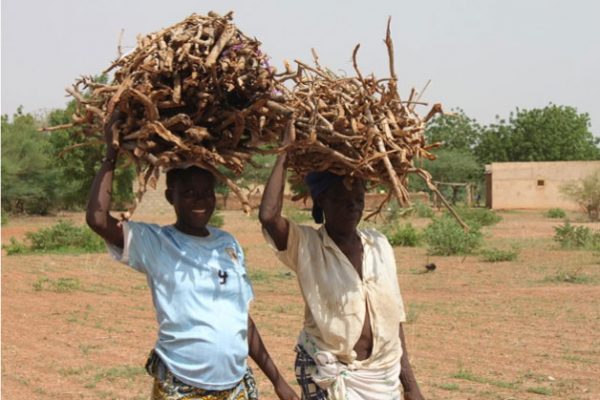 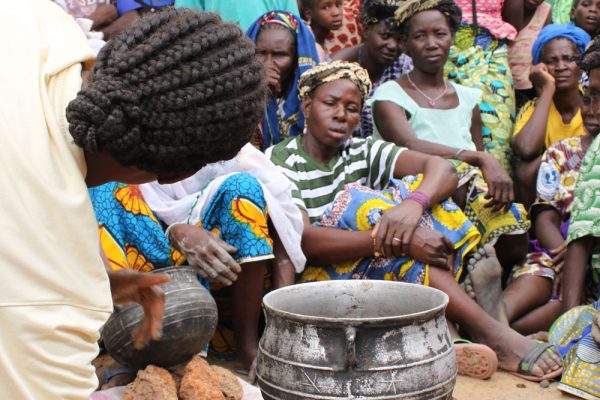 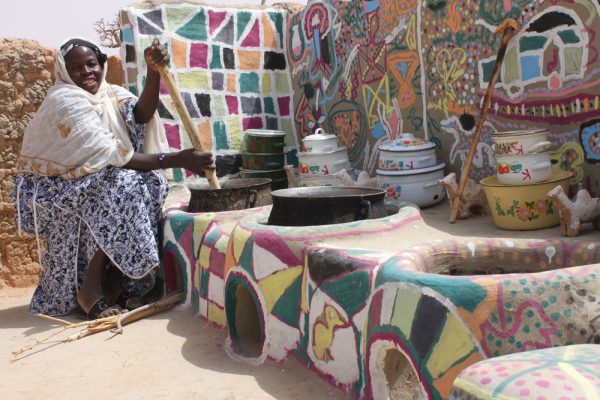 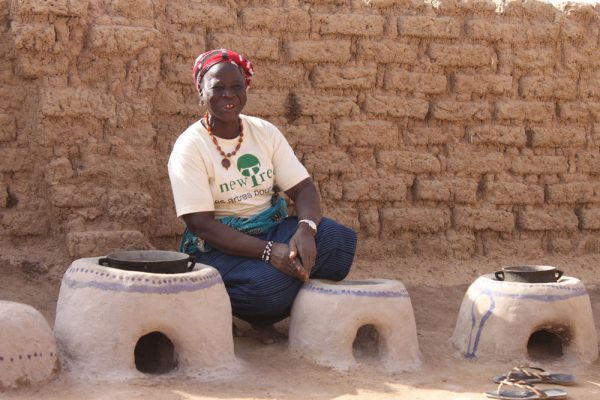 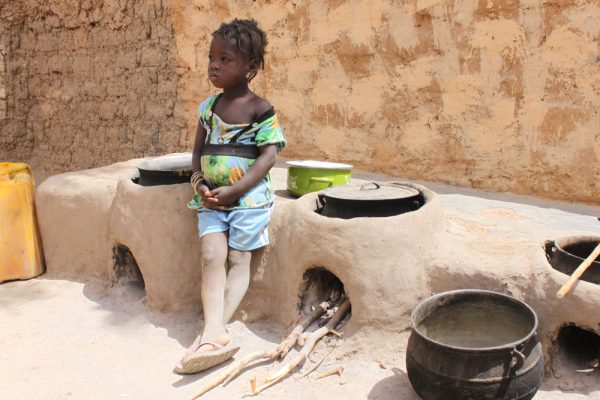