Why small farmers are crucial in the fight against deforestation

The fight against deforestation often minimizes the role of smallholder farmers. Yet their activities adversely impact forests, the same forests on which they more than anyone else rely for their food and their livelihoods. Acknowledging this, the Livelihoods Fund is working through its unique projects to involve and empower smallholder farmers in this combat. 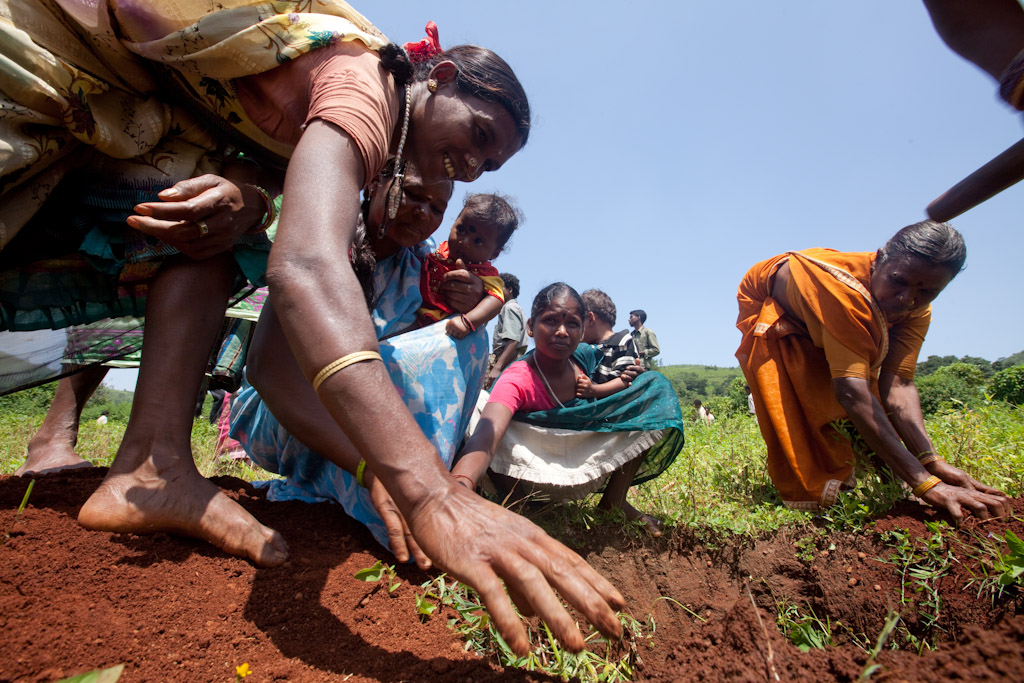 Deforestation is one of the main contributors to climate change and biodiversity loss. It destroys ecosystems, adversely impacts livelihoods and reduces carbon sequestration. To stem this phenomenon, we tend to hold responsible – and engage – those with the biggest impact: large landowners and industry. But it is now becoming evident that this is not enough, and that small farmers must also be brought into the fight and be held accountable for their actions. In Brazil, for instance, a recent report by the Stockholm Environment Institute quoted in The Guardian, a UK newspaper, found that ‘between 2004 and 2011, landowners with more than 500 hectares (1,235 acres) of property were responsible for about 48% of the deforestation. Areas owned by smallholders accounted for 12% of the forests destroyed during the same period. However, since 2005, the contribution to annual deforestation by the largest landowners has fallen by 63%, while that of smallholders has increased by 69%.’

This shocking observation prompts us to examine what can be done, in partnership with small producers, to curb deforestation. The approaches used with large landowners are not appropriate here, explains Javier Godar, a research fellow at SEI and lead author of the study, in The Guardian: ‘Targeting smallholders with the same punitive measures used for large landowners, when they have far fewer resources, would be too costly and arguably not socially or politically acceptable. They have deforested far less than the large landowners to date … [They] hold more forested areas and their forests are, on average, in better condition, so it’s important to help them to preserve those forests, rather than point the finger at them.’

To engage smallholder farmers, a collaborative approach is absolutely key. This type of approach is at the heart of the projects endorsed by the Livelihoods Fund. Here is how the funds works hand in hand with small farmers to curb deforestation while achieving sustainable livelihoods. 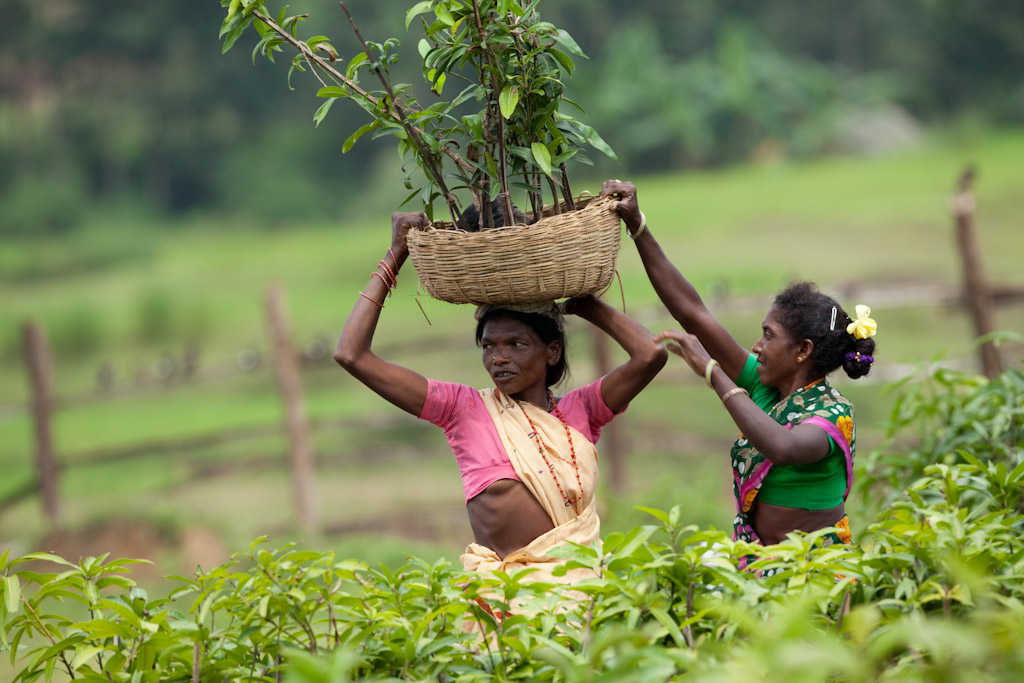 Restoring the “symbiotic relationship” between the communities and the forests

The Livelihoods Fund’s raison d’être is to help restore damaged ecosystems in developing countries, while increasing CO2 sequestration initiatives. These initiatives produce high-quality carbon credits with strong social and environmental impact for the partner investing companies, while securing livelihoods for local populations. The rural agricultural communities helped by Livelihoods Fund projects depend heavily on their natural ecosystems for their food security.

– Agroforestry: An agricultural practice that consists of planting trees and crops in the same field to enrich the soil and diversity and improve harvests. Agroforestry projects restore damaged forests and renew degenerated soils that have lost their productivity.

– Ecosystem restoration, mainly through mangrove replantation: mangroves are among the most threatened ecosystems in the world, and yet they are the most powerful carbon sequesters, and a rich source of biodiversity.

All of the seven current Livelihoods Fund projects thus contribute to decreasing deforestation and, in some cases, reforesting damaged areas. To date, more than 130 million trees have been replanted via the Livelihoods Fund projects, impacting approximately 1 million people. In each and every one of them, the Fund joins forces with a respected local NGO partner to work closely with the local populations to restore their ecosystems. 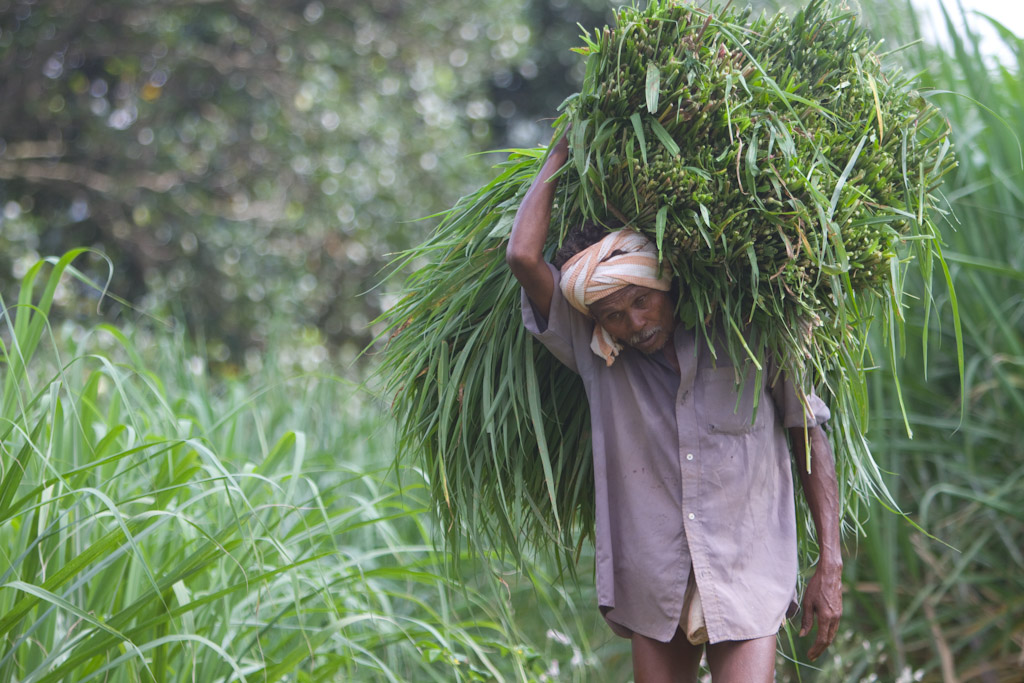 According to David Hogg, Chief Sustainability Officer at Naandi Foundation (a partner of the Livelihoods Fund in the Indian valley of Araku), small farmers are the best allies in the fight against deforestation: ‘Small farmers are potentially the planet’s frontline guardians of existing forests, just as they were traditionally, and they are the key agents to reforestation. Traditionally, especially in tropical and subtropical zones, forests and communities had a symbiotic relationship. The communities who lived on forest peripheries were the key sentinel in maintaining the forests, since they were central to their livelihoods and nutrition.’ The industrialisation of agriculture has damaged this relationship, but it can and must be restored.

In the Araku valley, the Naandi Foundation “is facilitating the supply of quality trees, assisting in establishing local tree nurseries, training farmers in horticulture while the community provides their marginal lands and pledges their time for planting and protecting the trees,”as this article details.

Of course, there are obstacles in implementing programmes to curb deforestation. In the case of Naandi, David Hogg explains:“Because the community was living a next to subsistence existence they did/do not have the material resources to rebuild the forest that has disappeared over time.  So our challenges were in choosing appropriate trees – ones that would give revenue and livelihoods – and imparting horticultural training to maintain these trees.” A fair amount of training and, of course funding, is required.

But in the end, restoring the ecosystem is in the community’s best interest, and they show willingness to achieve it.In the words of David Hogg, “People need trees, trees need people.  There has been this inexorable symbiosis for millennia, which mechanical institutions can never replace.” 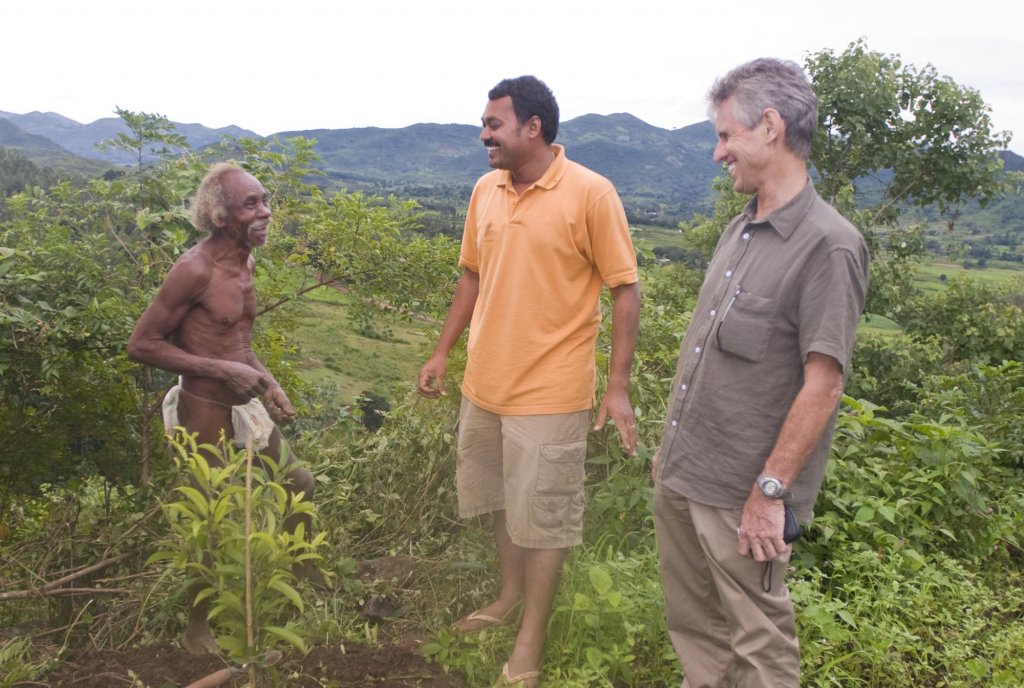 David Hogg, Chief Sustainability Officer at the Naandi Foundation (on far right) with local farmers in the Araku Valley, India

To find out more about the Livelihoods agroforestry project with the Naandi Foundation, watch the video below!